AATG Awards for Chapter Members over the years 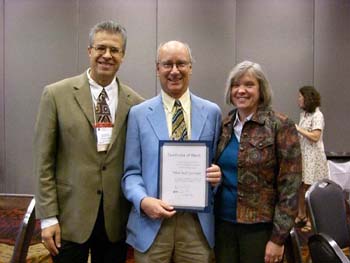 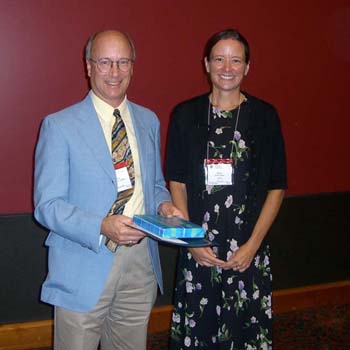 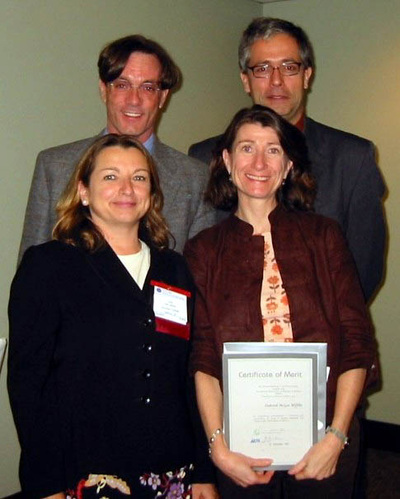 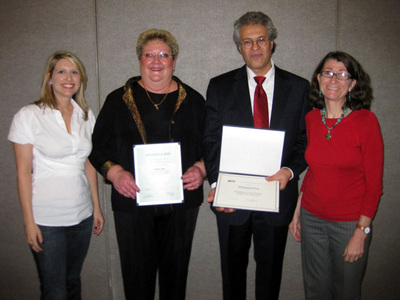 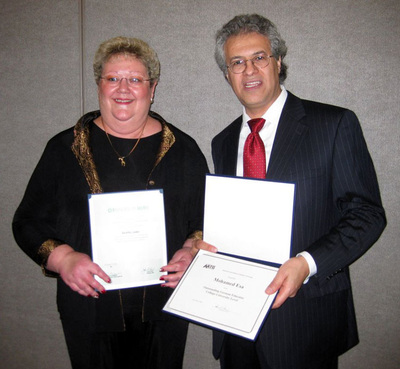 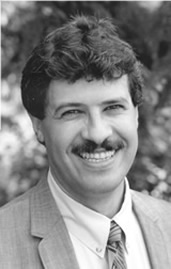 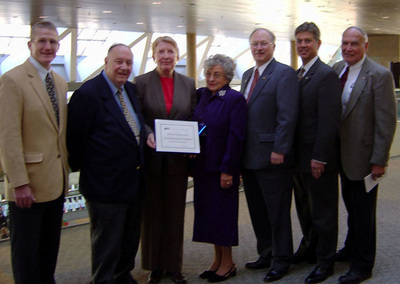 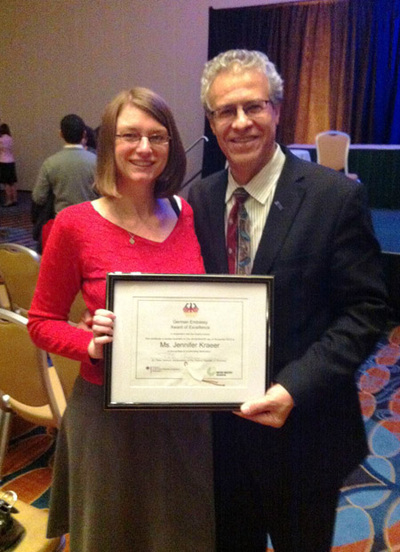 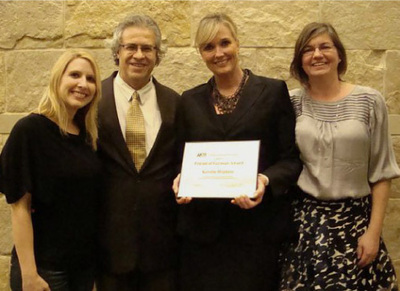 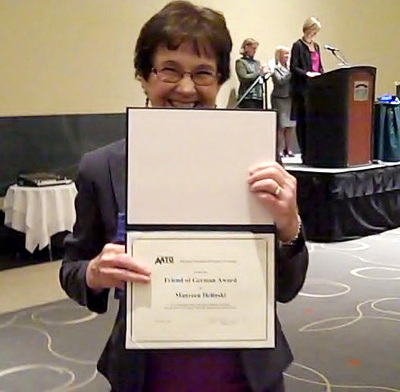 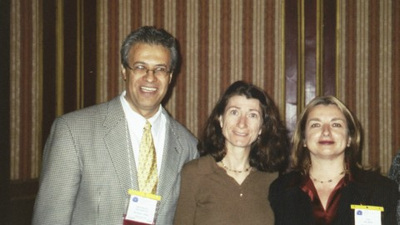 Though hired as a special education teacher, Jennifer Kraeer took her passion for and knowledge of German language and culture to start a successful German program in Dorchester County, Maryland. Jennifer is shown with her former German instructor, Mohamed Esa.

AATG Awards 2011
Kerstin Hopkins receives the 2011 Friend of German Award
for her work as Principal of the German Language Courses at the German School in Potomac, Maryland

Dorothy Louks is one of five recipients of the 2009 AATG/Goethe Institute Certificate of Merit.

Picture: Katrina Griffin, President of the Maryland/DC Metro AATG Chapter, and Deborah McGee Mifflin, Past President,
with the Award Winners